All or Nothing hits the mark for Leafs fans 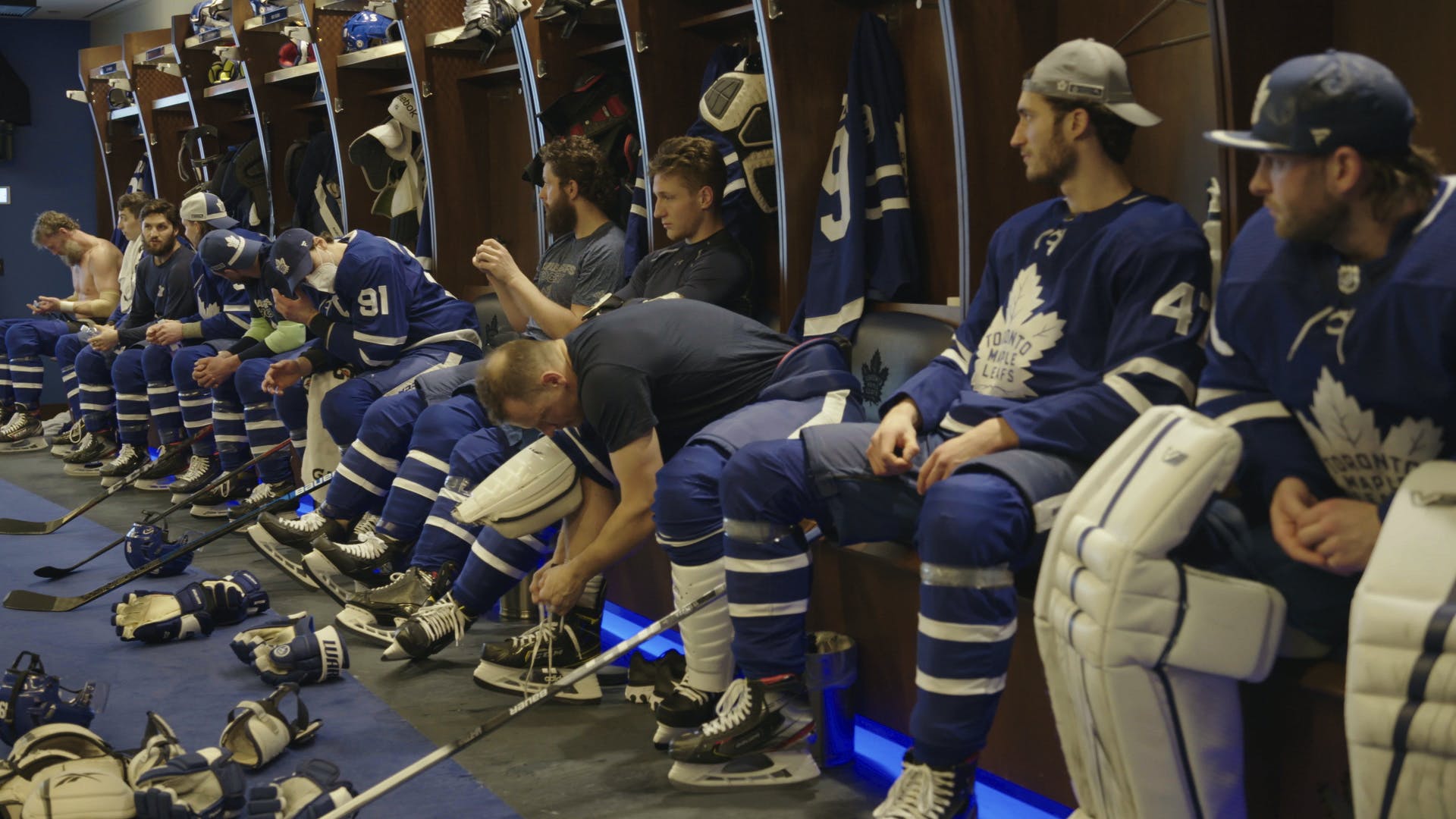 By Nick Barden
1 year ago
Four days until the Leafs and Amazon Prime release the ‘All or Nothing’ series.
Over the last few days, I’ve been lucky enough to get the chance to watch it. And let me tell you, it’s incredible. I won’t be talking about anything that happens within the series, so don’t worry about seeing any spoilers.
First, I want to say that if you were on the fence about watching the series, you should get off of that fence now.
Watching the trailers beforehand, I was curious about how much you saw of each player. I also wondered how Amazon would present each member of the organization.
In the first few minutes, they won me over.
Heck, in the first three minutes, I cried.
Maybe it was my own emotions, but it also could’ve been something that everyone could cry over. Either way, it starts well and keeps on the same track for the entire series. There were a few parts that made me cry in this series, so watch out for those.
It brought back memories of watching ‘The Last Dance’ a little bit.
That may have been because of how much access both camera crews had. I will say, though, that Amazon had a lot of access. Some have said that it’s way more than they expected, but to me, it wasn’t more than I presumed.
With the amount of footage they had, though, Amazon did perfectly.
Since I am doing a review, I should probably do a quote similar to what movie critics do:
“This series brings both humour and excitement to the forefront. With a sprinkle of heartbreak at the end. But you know about that part.” -Nick Barden, Senior Writer, The Leafs Nation
One of the pieces that I would’ve liked to see more of is going deeper into storylines. I understand that when you have so much footage, it’s hard to cram it all into five episodes. For me, though, I think it could’ve been a good idea to bring more storylines and see the players in the middle of the stories talk about them.
I don’t know if many hockey players would do that, but it would’ve been interesting to see.
But you learn a lot about the Leafs’ players in the series. I can understand why some players feel the way they do in situations such as the playoffs. There’s a lot at stake for them, and you can see it throughout this series.
When you’ve finished watching, I think you’ll take away that these players are human beings just like us. Everyone wants the best to happen, but sometimes it doesn’t work out like that. There’s also the personal side of the players that you see a lot of, which is fascinating. That’s one of the reasons why I was excited about the series, and the Amazon Prime team did a great job with all of it.
If I had to rate the series out of 10, I’d give it an 8/10.
I gave it that because I wanted to see more of what goes on behind the scenes, and I didn’t get it. There was a lot of behind-the-scenes footage, and maybe I just wanted more. But I wasn’t content with how much we got.
(It’s probably just me.)
I do want to add that I feel like I know all of the players personally now. It’s incredible how well they cover each player within the time frame that they have. And how much we get to know each one of them.
Amazon did a phenomenal job with it, though. I thought it hit home on how bad the loss was last season. The series also shows how excited they could be for this next one, which we’re all anticipating.
Like I said earlier, if you’re on the fence, get off of it and be ready for October 1st. Because it’s coming, and you need to watch all of it.
Uncategorized
Recent articles from Nick Barden