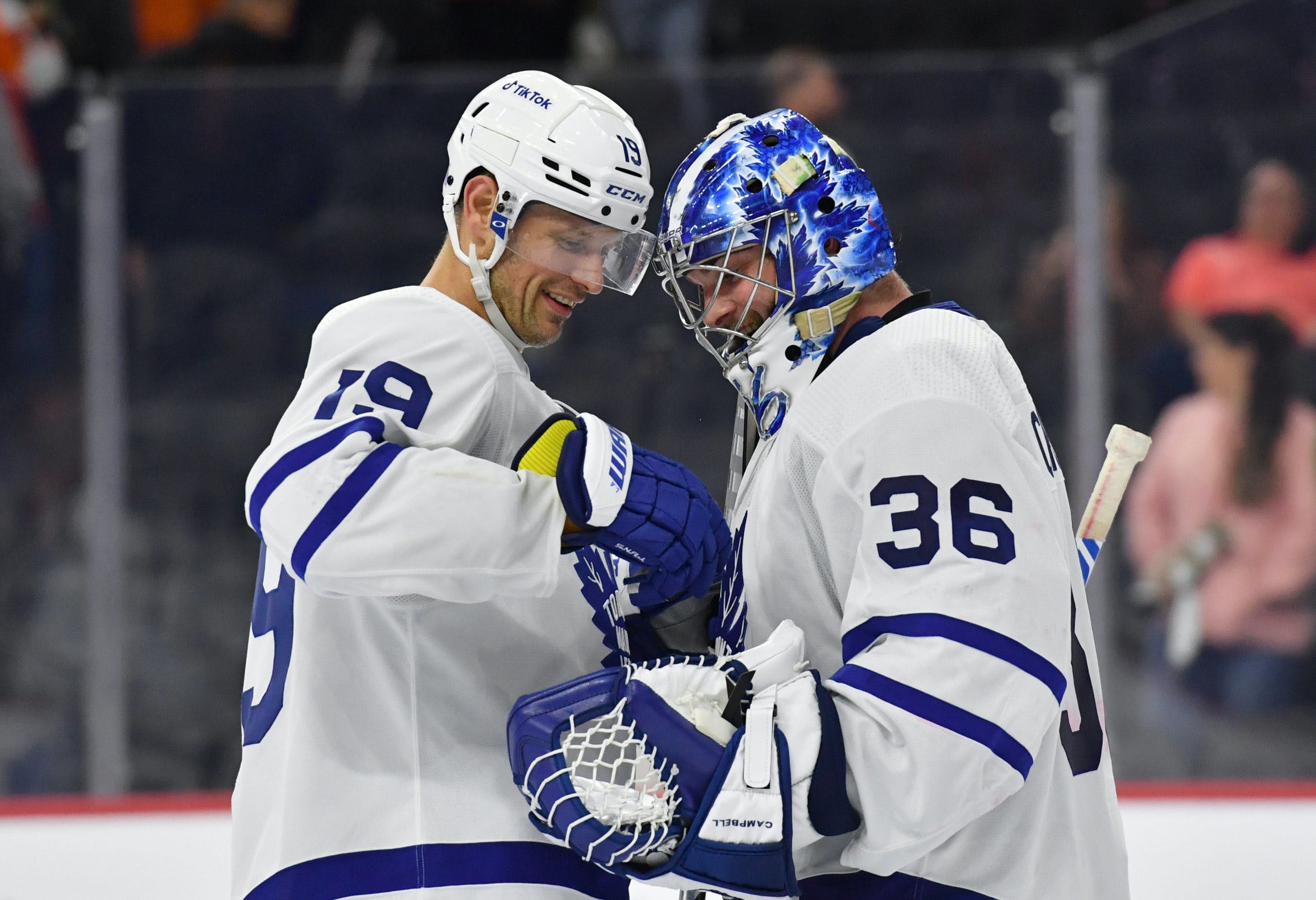 By Nick Barden
1 year ago
The Leafs are looking to pull off the West Coast sweep for the first time since they were last there in 2018. The final game is tonight vs. the Anaheim Ducks.
Sheldon Keefe, yesterday, made some early decisions on who will and will not play. Kyle Clifford and Travis Dermott are in for Kirill Semyonov and Timothy Liljegren. Ondřej Kaše will also miss his second-straight game with an upper-body injury.
This will be Clifford’s first game since the Leafs re-acquired him less than two weeks ago.
“He’s a competitor, he skates well for a guy low in your lineup that’s gonna keep his feet moving, bring energy, be physical.” Keefe said Saturday about bringing Clifford into the Leafs lineup. “He’s a good presence on the bench and in the dressing room. Just to keep guys even-keel, he’s not the most loud or vocal guy, but he’s very good at talking to players, like the guy next to him, guy in the dressing room. With those kind of things, he’s got a calming influence that way. I like that about him. He’s just a pro.”
Jack Campbell starts tonight for the Leafs after getting the night off in San Jose. The 29-year-old leads all NHL goalies (who have played 10+ games) in both save percentage (.943) and goals-against (1..68). Campbell also has the chance to secure a possible league-leading 12th win of the season tonight.
“I think the biggest thing, it’s the obvious, is just managing the practice habits.” Campbell said on Saturday about the habits he’s learned since becoming a starting goalie in the NHL. “That backup mindset, where every practice, every puck, you’re battling as hard as you can, which I think is really important, even still to this day I do that. But you have to pick and choose when to do that and how often to do that. It’s not just an automatic, it just kind of helps the wear and tear, and making sure you’ve got that competitiveness for the game. So, that’s the biggest thing I’ve learnt.”

One of the final notes is that tonight will be Jason Spezza’s 1200th career NHL game.
“They don’t cause to reflect, they definitely mean something,” Spezza said on Saturday when asked about the milestone. “I think it’s definitely when you — every 100 is celebrated kind of amongst players. It’s a hard league to stay in for a long time, so obviously I’m proud of playing that long. But you just kind of keep moving forward, one foot in front of the other… Just enjoy yourself, there’s no trick to it. I think it’s just, I enjoy what I’m doing and it’s not work for me.”
Playing in his 1200th game will tie him for 116th most in NHL history. After tonight’s game, he will only be 36 games away from being in the NHL’s top-100 for most games played. An unbelievable milestone for the 38-year-old.
The Ducks and Leafs drop the puck tonight at 8 PM ET and 5 PM in Anaheim.
Uncategorized
Recent articles from Nick Barden