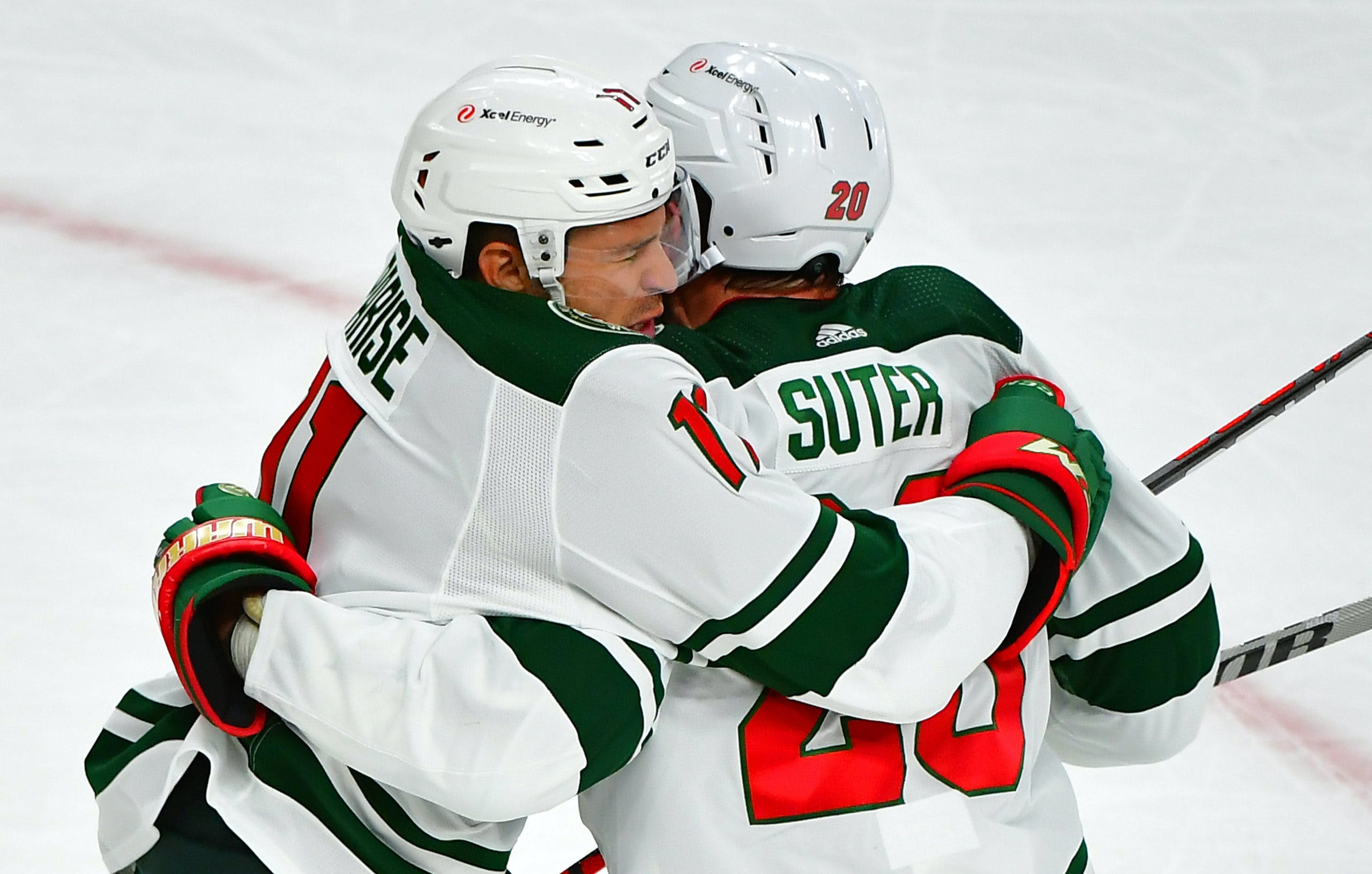 By Joseph Zita
1 year ago
If you’re a hockey fan, it’s the most wonderful time of the year right now, or at least one of them given that is it officially the NHL off-season and things are going to get very interesting in the coming weeks and months leading up to the next NHL season. This off-season is only days in and we have already seen some trades, some hirings, some retirements, some big rumours and even some buyouts.
It’s no secret that this off-season was going to be a crazy one due to a bunch of circumstances. For starters, the COVID pandemic is still affecting the league which is affecting the salary cap which is ultimately affecting teams to keep certain players on their team. Secondly, there’s an expansion draft just around the corner and with a new team coming into the league, teams are bound to lose potentially an important player on their team.
With that said, within days we’ve seen a bunch of different things happen in the NHL and more specifically we saw the Minnesota Wild buyout, not one, but two of the massive contracts that they signed back in 2012. The Zach Parise and Ryan Suter contracts. With four years left on both of their deals at the same cap hit, the Wild bought them both out and it honestly came as a surprise that they bought both of them out and not just one of them.
Well whenever there’s a buyout in the league and they are still unsigned, it’s always fun to talk about if those players should come to the Toronto Maple Leafs and if they could make an impact if signed here. Well, that’s what we’re going to be doing with these two veterans right now.

On Tuesday, the Minnesota Wild bought out both Zach Parise and Ryan Suter’s massive contracts that they both signed together back in 2012. Fast forward to 2021 and those contracts aren’t looking all that pretty so a buyout makes sense, however, it only makes sense for this coming season, after that the next three seasons are going to be brutal for the Wild as they’re going to have a ton of dead cap space and it’ll affect them going forward in the near future.
According to PuckPedia.com, the Wild will have $4.7M in dead cap space between the two players next season, but beyond that, they’ll have $12.7M in dead cap space in the 2022-23 season and then it goes up again to $14.7M for the 2023-24 and 2024-25 season, which is crazy.
Both players signed 13-year monster deals carrying the same AAV of $7.538M and now they’re both pending UFA’s that can sign anywhere and for any amount in the league. The only question that remains still is who is going to be the team(s) that sign Parise and or Suter this off-season?
That’s where the Toronto Maple Leafs come into this, are they a team that could and or should potentially target one of, if not both of these UFA’s after their buyouts? Well to keep it short and sweet for now, they should and probably will target one of them and might not bother with the other one, but anything can happen and they could surprise us out of nowhere.

Are Parise and Suter Worth it?

I think it’s safe to say both players are well past their prime and aren’t worth their previous contracts, given the Wild buying both the veterans out at the same time, however, they both could still bring something to a hockey team and be an important piece to a good team, especially when it comes to the playoffs.

2020-21 stats – 45 GP – 7 G – 11 A – 18 PTS – 13:57 TOI
Parise is coming off his worst season points-wise since the 2017-18 season where he put up 24 points in 42 games. I know Parise isn’t the same Parise in years past that was putting up 60-point seasons with the Devils followed with a couple of 80 and 90-point ones as well, but in a lesser role and sheltered in a scoring winger role on a good team while not having to rely on him defensively, he could be a sneaky good little pickup for some teams this off-season and I think the Maple Leafs should at least target him and see what they could sign him for given he more than likely won’t make anywhere close to what he signed for back in 2012.
The Maple Leafs are in need of help on the wing, specifically the left-wing as they’ve always been thin on the left side and now with Zach Hyman more than likely hitting the open market come free agency, they’re going to need to upgrade and fill some holes on the left side. Even with the expansion draft around the corner, you never know who Seattle will end up selecting too.
According to Dom Luszczyszyn from The Athletic, in his recent article, he listed the top 50 UFA’s this off-season and some of their contract projections as well. For Zach Parise, he has him projected at 1/2 years x $2.2M AAV for his next contract this off-season.
Here are two RAPM charts from Evolving-Hockey.com showing Parise this past season and the last three seasons (2018-2021). As you can see, still can generate offence, but he’s bad defensively and will be a liability on the ice.

2020-21 stats – 56 GP – 3 G – 16 A – 19 PTS – 22:11 TOI
Suter is also coming off the worst season points-wise in quite some time given he was a consistent defenseman that put up between 40-50 points a season with the Predators and the Wild throughout his career. Given his age and how he is well past his prime, he isn’t really effective on the defensive side of the puck anymore and is really only a one-dimensional offensive defenseman at this point but just not at the same level he once was of course.
Just like Parise, I think in a lesser role and on a playoff or a cup-contending team, he could be a very good option with his experience and the fact that he can still produce some points despite him being 36 years old. Although, unlike Parise, I don’t think the Maple Leafs should and are going to target Suter this off-season after the buyout, hey, you never know what can happen in free agency because it’s one of the craziest times in hockey.
For obvious reasons, I don’t think they should and are going to target Suter because if they do there is going to be an even bigger log jam on the left side on defence and you just can’t have that when you’re trying to develop and let Rasmus Sandin start playing consistent hockey in his young career, as well as Travis Dermott who they just re-signed last week as well.
In the same article that I mentioned earlier with Parise, Dom Luszczyszyn from The Athletic projects Ryan Suter at 3 years x $5.3M AAV for his next contract this off-season.
Below there are two more RAPM charts from Evolving-Hockey.com showing Suter from this past season as well as the last three seasons (2018-2021). As you can see, just like Parise, good offensively and can generate offence, but bad defensively.