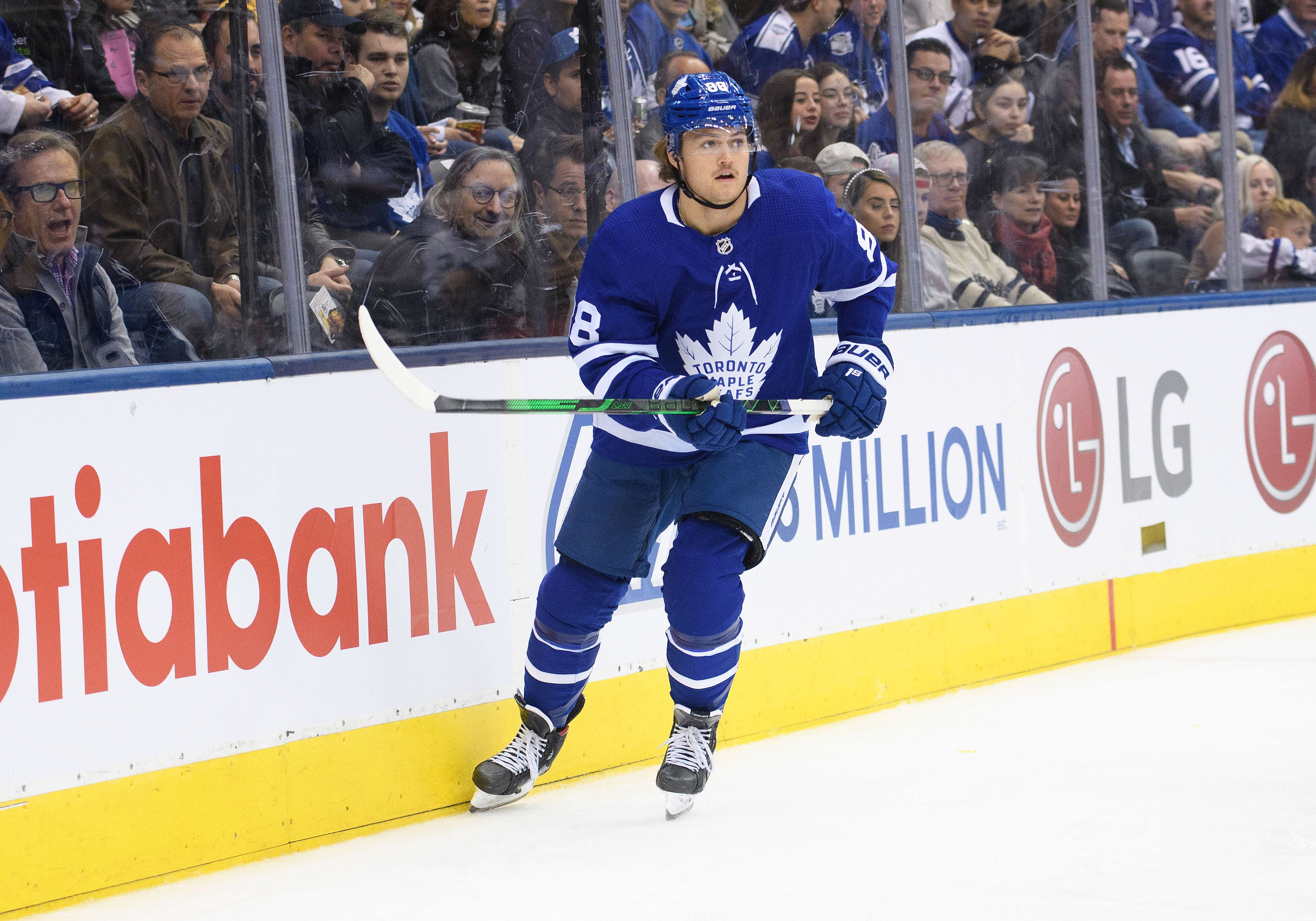 By Filipe Dimas
1 year ago
Sheldon Keefe has been head coach of the Toronto Maple Leafs for over 100 games and yet tonight will mark the very first time that he finds himself behind the bench in a game against the Boston Bruins. What a strange few years it’s been.
Despite the fact that these two teams haven’t played each other since November 15, 2019, the flame of this Atlantic rivalry has not stopped burning, at least not for Leafs fans who still see the Bruins as the dragon that might be slain en route to elusive post season success. Having won four games in a row, Toronto is looking to keep up the momentum and help the fanbase continue to forget about the early slump that had many people hitting the panic button on the season just a month in. While this recent string of success has helped to quell the frustrations of many in Leafs Nation, it has lead to others asking why the team can’t look this dominant all the time.
As the Amazon documentary showcased, the team’s management knows that Toronto’s biggest weakness is their own mindset, often seeming like they don’t care or aren’t willing to work hard for a win when it matters most. A big prove it win against the rival Bruins, the biggest thorn in the Maple Leafs’ side for the past decade, would help show that this team mean’s business and isn’t going to get pushed around like so many past Leafs teams. It may be game 12 of the season, but the narrative around the squad’s work ethic could drastically shift if everyone shows up like it’s game 7.
After a dominant win against the Golden Knights, and a brilliant comeback against the Tampa Bay Lightning, the Leafs have a chance to close out a three game stretch against some of the league’s best teams with 6/6 points.
Lineups
The Maple Leafs aren’t expected to change much for their opening lineups as the team continues to find success since swapping Marner and Nylander while also inserting Timothy Liljegren in for Justin Holl. However, Keefe has shown he isn’t afraid to make changes mid game, having reunited Matthews and Marner midway through the Lightning game while also having Nylander play on several different lines.
There’s a real chance tonight’s game is one of those matchups where Matthews and Pastrnak both try to race to be the first to score a hattrick, but with some solid goaltending on each side of the ice that could be easier said then done.
Speaking of goaltending, Jack Campbell is expected to get the start again for the Maple Leafs after a sensational performance against the lightning that helped move his career save percentage to .919, which put him top ten all time in NHL history.
While it may still be a bit too early to call Campbell the greatest goalie of his generation, it is a nice change of pace for the Toronto Maple Leafs that they finally seem to have a reliable, consistent goaltender that has shown he is capable of stealing games. Another change to the goaltending for tonight is that Joseph Woll will be on the bench in relief duty as Petr Mrázek tends to a reaggravated groin injury that kept him out of the lineup earlier this season.
For the Bruins, Linus Ullmark will get his fifth start of the season having been brilliant thus far posting a 3-1 record with a .927 save percentage.
Puck drops at 7pm on CBC and Sportsnet Ontario/Pacific
Matchups
Recent articles from Filipe Dimas