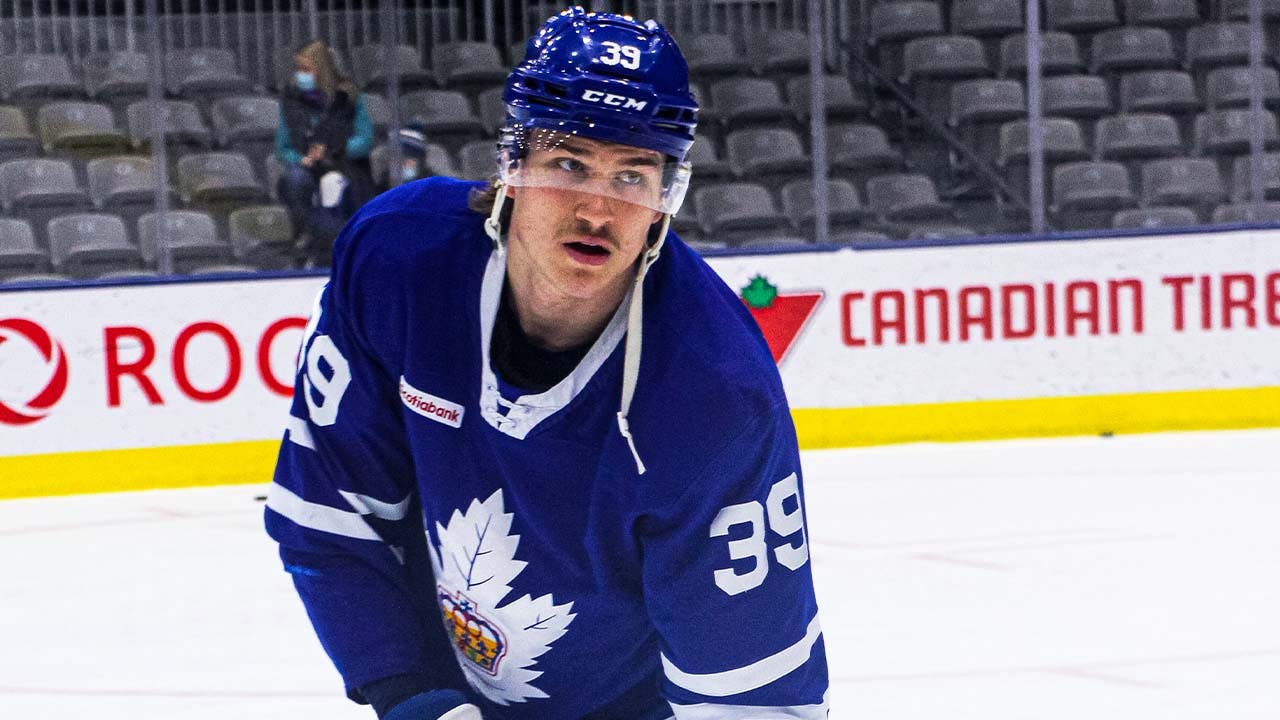 By Jon Steitzer
3 months ago
With the earlier announcement of training camp cuts from the Leafs, the Marlies training camp is now slightly more populated. The ten Leafs cuts from today join 19 other players as the Marlies get ready to hit the ice.
The roster from the Marlies website:
So the first thing that stands out is that Dryden McKay and Keith Petruzzelli weren’t announced as part of the Leafs training camp roster cuts today, but here they are on the Marlies. That isn’t much of a surprise as the Marlies will need some goaltenders, and while Dryden McKay is able to work out with the team, he won’t be eligible to play for a while.
Another thing of note is that while Joseph Woll is injured, he hasn’t officially been moved off the Leafs roster yet to the Marlies.
There are still approximately 15-17 players still on the Leafs roster who could be finding their way down to the Marlies, and those players are more than likely to occupy Marlies roster spots when the season starts, so in many ways this initial roster is more of a preview of the Newfoundland Growlers camp than a Marlies camp. Players like Blandisi, Douglas, Ellis, and Hellickson are the most likely to stay in Toronto with a few others trying to make their cases for depth roles.
More from TheLeafsNation.com
News
Recent articles from Jon Steitzer