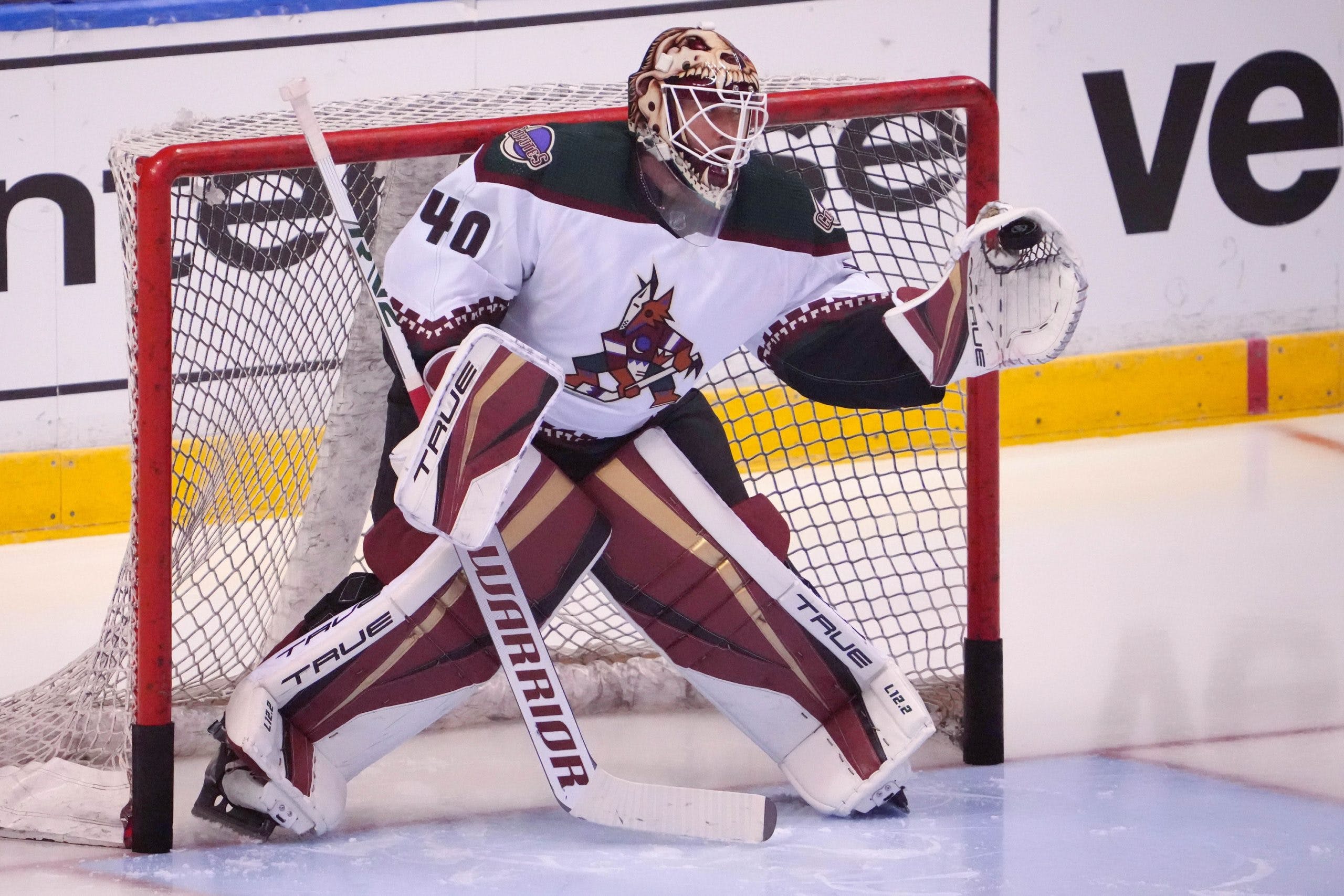 Photo credit:Jasen Vinlove-USA TODAY Sports
11 months ago
The Toronto Maple Leafs were not done dealing with the Arizona Coyotes.
Two days after sending castoff forward Nick Ritchie to the desert, the Maple Leafs acquired goaltender Carter Hutton from the desert in exchange for future considerations.
Hutton was limited to just three games with the Coyotes this season after he suffered an ankle injury back in October. The 36-year-old cleared waivers earlier in the afternoon and will not be on the team’s active roster.
The Thunder Bay, Ontario, native is on a one-way, $750,000 contract. Although not expensive, it is another contract off the books. With goalies Scott Wedgewood and rookie Karel Vejmelka taking the reins in goal while Hutton was absent, the veteran became expendable.
According to Craig Morgan of GO PHNX, Hutton will not join the Leafs. Toronto will loan the goaltender to the Tucson Roadrunners, the Coyotes’ AHL affiliate for the remainder of his deal.
Two days ago, the Maple Leafs acquired defenceman Ilya Lyubushkin and forward Ryan Dzingel in exchange for Ritchie and a conditional second-round NHL Draft Pick. Although the money for this season evened out in that trade (Lyubushkin $1.35 million and Dzingel $1.1 million), Ritchie’s $2.5 million cap hit for 2022-23 is further offset by the Leafs taking Hutton’s contract.
Earlier in the day, the Leafs lost Dzingel after the San Jose Sharks claimed him off the waiver wire. Toronto’s attempt keep Dzingel as part of their depth while not occupying cap space failed in this case, much like it did when they claimed forward Adam Brooks off waivers from the Vegas Golden Knights, only to lose him to the Winnipeg Jets via waivers just two days earlier.
More from The Leafs Nation
News