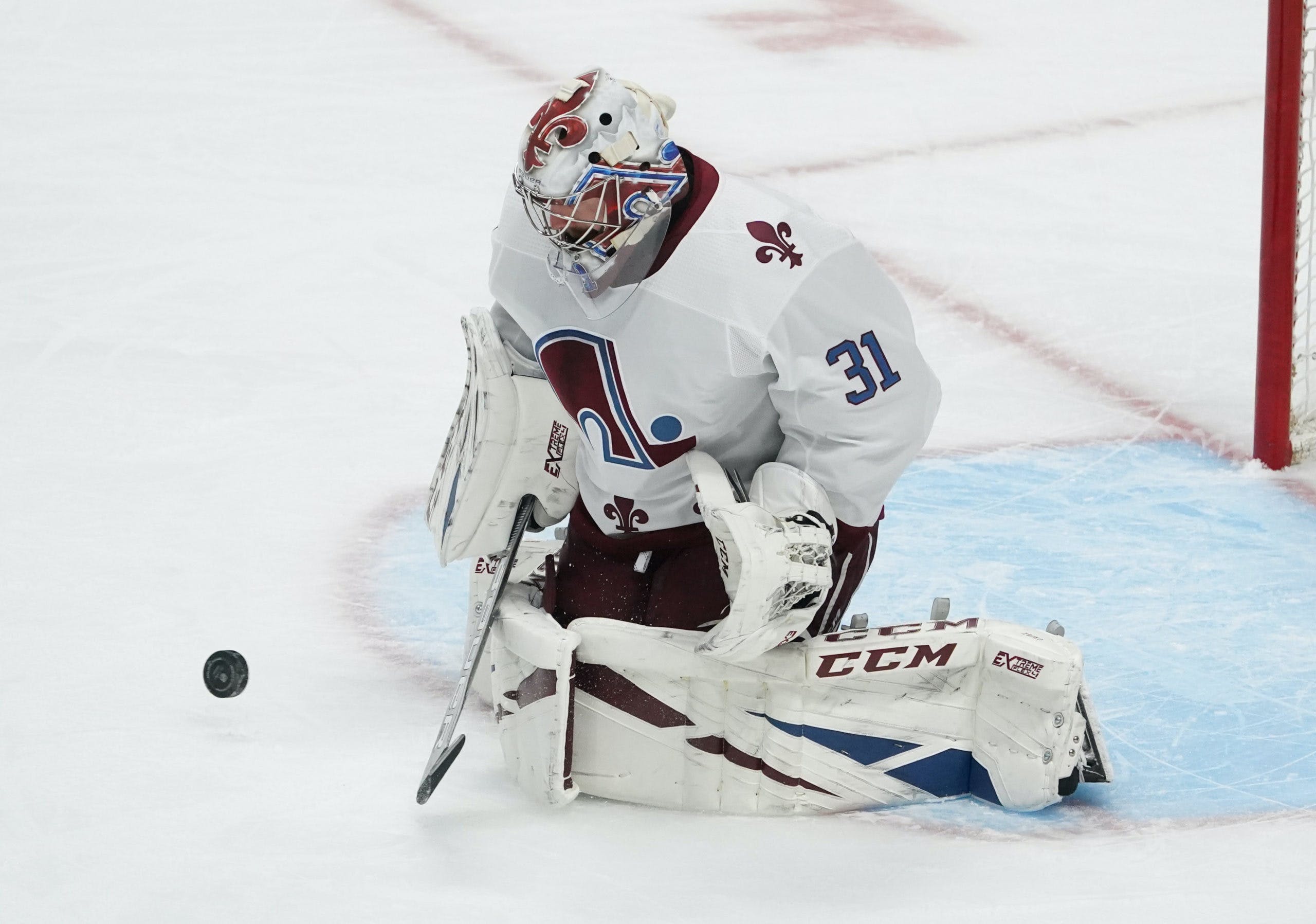 Photo credit: Ron Chenoy-USA TODAY Sports
By Jon Steitzer
1 year ago
Comments
Here we are. The moment of truth. What will the Leafs team that is finally going to make it past the first round of the playoffs going to look like? Well, that first round victory is a bit of a stretch, as the Leafs are losing @Zach Hyman today, and need to find a solid NHL caliber goaltender with about $10M to address four roster positions, at least 3 of which need more than a bandage.
Still, today is about fun, and we should be like GM’s with their owner’s bank account today and not worry about the future.
With that in mind, here is the rundown of the latest Leafs rumours:

Michael Bunting has been linked to the Leafs through logical connecting of the dots, but we can confirm the two sides have been talking and Bunting wants to be a Leaf. Interest is mutual. Unless there is an offer out there that the Leafs won’t match in FA, we expect he will be.

Advertisement
Ad
Advertisement
Ad
Our peers at MLHS appear to be breaking another Leafs signing, and it’s the one that we’ve spent some time talking up on this site. Throw in a bit of Bob McKenzie speculation as well, and we can probably count on @Michael Bunting being a Leaf shortly after noon.

As if often the case, there’s a strong market for experienced, reliable defencemen. Zach Bogosian is drawing a lot of interest. He’s expected to make his decision today.

Advertisement
Ad
Advertisement
Ad
@Zach Bogosian, of course, is as good as gone because of his family reasons for wanting to play in the US. We’ll miss him. He taught us to appreciate 3rd pairing stay at home defensemen.

Keep an eye on Nick Bonino today. Led to believe the Toronto Maple Leafs will be amongst teams to show interest. #FreeAgentFrenzy @TSNHockey

Statistical darling and shutdown center @Nick Bonino could be on his way to Toronto today. He represents a reasonably priced option that gives the Leafs a true 3C and gives the Leafs a lot more depth at the position to work with when there are center injuries. I’d imagine he’ll be in the $3-4M range, but we can always hope for a bargain.

Advertisement
Ad
Advertisement
Ad
There’s a lot to like about what @Alex Galchenyuk did for the Leafs last season, but it remains to be seen if there is still a spot open for him on the roster, at least in the philosophy that Kyle Dubas wants to build his roster, and if Galchenyuk is looking for a raise or term, it’s best he explores the market. It wouldn’t be the worst thing if the Leafs and Galchenyuk circled back around to each other if nothing materializes today.

On Philipp Grubauer, hearing that the Leafs have real interest if Colorado can't re-sign the UFA goalie. Toronto has other goalie targets as well, but that would be a high-end one, the Vezina Trophy finalist. Leafs would have to move cap space though.@TSNHockey @TheAthletic

Advertisement
Ad
Advertisement
Ad
Eventually every goaltender was going to be rumoured to the Leafs, and now it’s @Philipp Grubauer’s turn. Don’t get me wrong, he’d be an incredibly get for the Leafs, and a potential difference maker in net. It’s just there’s a high price and other needs in the lineup. There’s also the question of what would happen to @Jack Campbell in the shuffle?
Kicking tires is great, and moving cap space is intriguing, but I’m not sure we see this.
Two more hours to go.
While you’re killing time, here are a few free agency articles from TLN for you to scroll through and get your hopes up:

5 Potential Bargain Forwards the Leafs Could Pursue in Free Agency

Player Valuation and bargain hunting in the offseason

The great goalie shuffle of 2021 and the possible Leafs targets

Of course you’ll find all the updates on signings, trades, and rumours throughout the day on TLN. We’ll have analysis on the newest Leafs, and maybe some sad farewells to a few of our departing favourites, who all seem to be Edmonton bound for some reason. At least we’ll get that Oilersnation readers traffic bump.