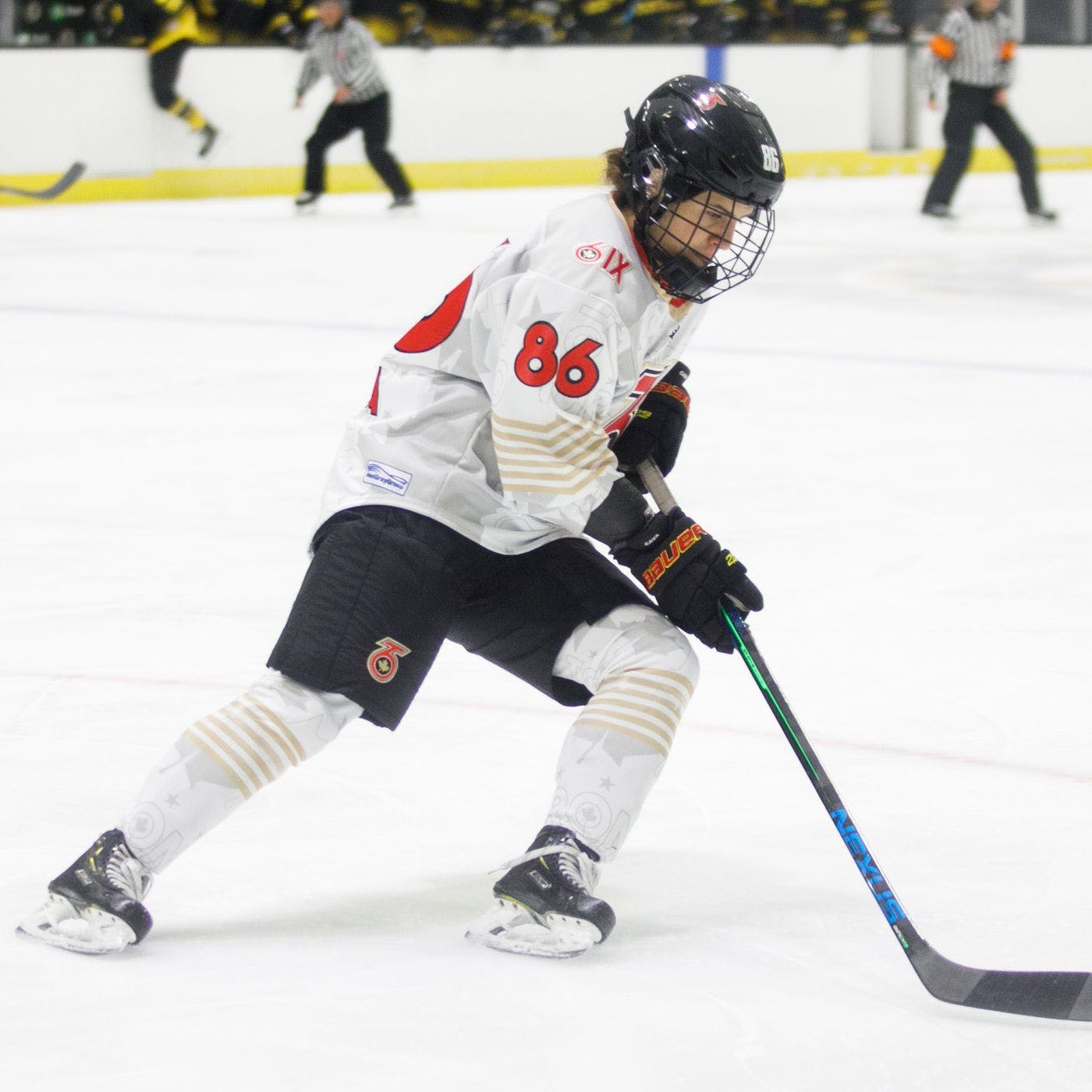 By Ryan Hobart
1 year ago
Comments
After announcing earlier in the week the return of Natalie Marcuzzi, the Toronto Six have made a few more roster changes to note.
Credit to The Ice Garden for the header image. Source.

Firstly, as indicated in the title, one of their 9 all-stars, Michela Cava, departs the team due to contractual obligations to the Shenzhen KRS Vanke Rays of the 10-team Zhenskaya Hockey League in Russia, or Women’s Hockey League. The Vanke Rays are based in China, and were formerly a part of Canada’s CWHL, before that league folded in 2019. The ZhHL was formed in 2015, in partnership with the KHL and the Ice Hockey Federation of Russia (FHR), which oversees all hockey operations in Russia.

The Toronto Six would like to thank Michela for her contributions and wish her the best of luck as she heads back to Russia#T6 Fam Forever! 🤩

The Vanke Rays announced the signing of Cava back in September of 2021, as they were heading into the best-of-three championship series against Ufa Agidel that had been postponed earlier in the year due to COVID-19. Cava played each of those 3 games, which the Vanke Rays ultimately lost two of, after a 3-2 shootout loss in the 3rd deciding game.
Advertisement
Ad
Advertisement
Ad
The ZhHL season began on Sept 24 2021, but Cava was not part of the KRS Vanke Rays. Shortly thereafter, on October 7, the Six announced that Cava would be joining the team.
Now, halfway through the ZhHL season, the Vanke Rays have made the decision to call Cava back to China to compete. Shenzhen currently sit fourth in the ZhHL and in a playoff spot.
With Toronto, Cava put up 7 points in 9 games, most of those coming in an early rush of chemistry with the team’s scoring superstar Mikyla Grant-Mentis. She was also named to the PHF’s all star team, along with 8 of her Toronto Six teammates.
Head Coach Mark Joslin had this to say about the team’s misfortune, losing Cava:

“Michela Cava is an incredible person, a great teammate, well loved by everybody, coaches and teammates,” said Head Coach Mark Joslin. “We know 100 percent as coaches we will not replace Cava and what she brings to the T6 franchise and to our team, but we’re happy to see her do what she wants to do and live her dream, going to play for the KRS Vanke Rays again in Russia. Like I said, it’s sad when it happens, I can’t be happy about it, but I’m happy for her and we knew what to expect when we signed her.”

In addition to bringing in Marcuzzi, the Six have added another forward to the roster in order to try to address the loss of Cava. The team announced that Courtney Gardiner, currently a senior with York University’s women’s team, will join the team on a professional try-out (PTO) agreement. The Lions’ games for the next two weeks have been postponed, giving Gardiner the opportunity to join the Six on a try-out.
Advertisement
Ad
Advertisement
Ad

Gardiner has 4 points in 8 games so far this season for the Lions.
Her PTO lasts only until Jan 16, so she’s most likely joining the team as an emergency forward as the team travels to Buffalo for the weekend’s games today and tomorrow.

The last move is that goaltender Sam Ridgewell will be leaving the team after signing a new contract with HV71 of the Swedish Women’s league, the Svenska damhockeyligan (SDHL).

The Toronto Six would like to thank Samantha for her contributions and wish her the best of luck as she heads back to Sweden!#T6 Fam Forever! 🤩

She was Toronto’s backup last year in Season 6, getting one start in the regular season and coming in once in relief for Elaine Chuli in the Isobel Cup semifinal against the Boston Pride. This year, Ridgewell started two games in one weekend as the Six faced the Pride again, getting a solid 2-1 win on the Saturday, but then getting allowing 5 goals in an 8-2 loss in the second game.
Advertisement
Ad
Advertisement
Ad
Apparently, Ridgewell will slot in as HV71’s starter, after sharing the backup goaltender role with Tera Hoffman this year. If that’s the case, then the move is an obvious one for Ridgewell.
Hofmann has only played once this year, allowing the other 3 goals in that Boston Pride shellacking mentioned above. But, given her feelings on pineapple on pizza, I’ve got a good feeling about Hofmann’s future with the Six.

This altered Six roster will make its debut at 2pm today in the first of two games this weekend against the Buffalo Beauts. They look to continue on their impressive success this season, with a 7-1-1 record and leading the PHF standings.
Tomorrow’s game is also at 2pm. Both games are at home, but fans are not allowed in the building.
Advertisement
Ad
Advertisement
Ad
You can watch todays game on ESPN+, TSN Direct, or on cable on TSN4. If I’m not mistaken, this is the first time that a Toronto Six game will be aired live on cable in Canada. Last year’s Isobel Cup semi final was aired on NBC Sports in the US.
Tomorrow’s game will be on the league’s Twitch channel.