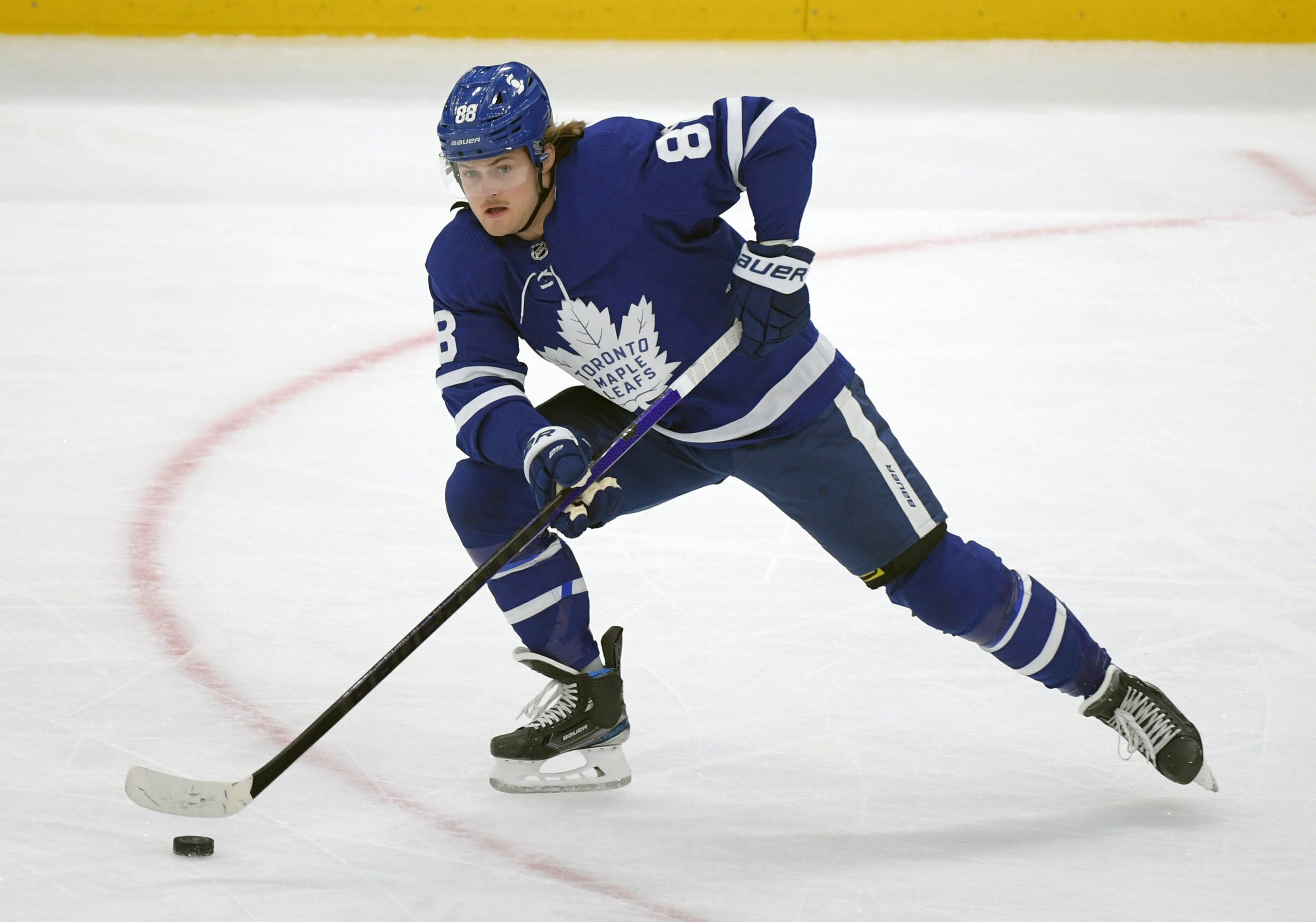 Photo credit: © Dan Hamilton-USA TODAY Sports
By Nick Richard
1 year ago
Comments
Just hours before the Leafs were set to take on the Canadiens on Wednesday night, the team announced that William Nylander would be held out of the lineup for precautionary reasons after being exposed to a possible positive COVID case with a close contact outside the team.

For precautionary reasons, William Nylander will not play tonight vs Montreal as he has had exposure to a possible positive case with a close contact outside the team.

Nylander is isolating and the situation will be re-evaluated tomorrow pending the results of further testing.

It is important to note that as of now, there has been no positive test reported in the case of Nylander himself and he is isolating away from the team pending the results of further testing. The hope of course is that it is a false alarm and Nylander will be fine but preventing this from becoming a full blown outbreak like we have seen in Vancouver over the last few weeks has to be the top priority.
After consulting with the league, it has been determined that Wednesday’s contest with the Canadiens will go ahead as planned so hopefully that means the league is confident that this situation was caught in time and won’t become a bigger problem as a result of playing this game.
Taking Nylander’s place in the lineup will be Alexander Barabanov who hasn’t played a game with the Leafs since March 1st. It remains to be seen how the lines will shake out in Nylander’s absence but don’t be surprised if Barabanov simply slides in alongside Tavares and Galchenyuk for the time being.
Advertisement
Ad
Advertisement
Ad

In consultation with the NHL, tonight’s game will proceed as scheduled. Forward Alexander Barabanov will be inserted into the lineup.

We will have more on this situation as it develops. Stay tuned.
Update as of 5:45pm EST: Nylander skated with his teammates on Wednesday morning leading to concern that others may have been exposed before his possible exposure became known. Chris Johnston of Sportsnet has reported, however, that the incubation period between Nylander’s possible exposure and when he skated with his teammates isn’t believed to have been long enough for Nylander to be considered contagious even if he has contracted the virus. Stay tuned.

Early word is the incubation period from when William Nylander had a possible COVID-19 exposure to when he skated with #leafs teammates this morning isn't believed to have been long enough for him to be considered contagious.

Tonight's TOR/MTL game can go ahead as a result.