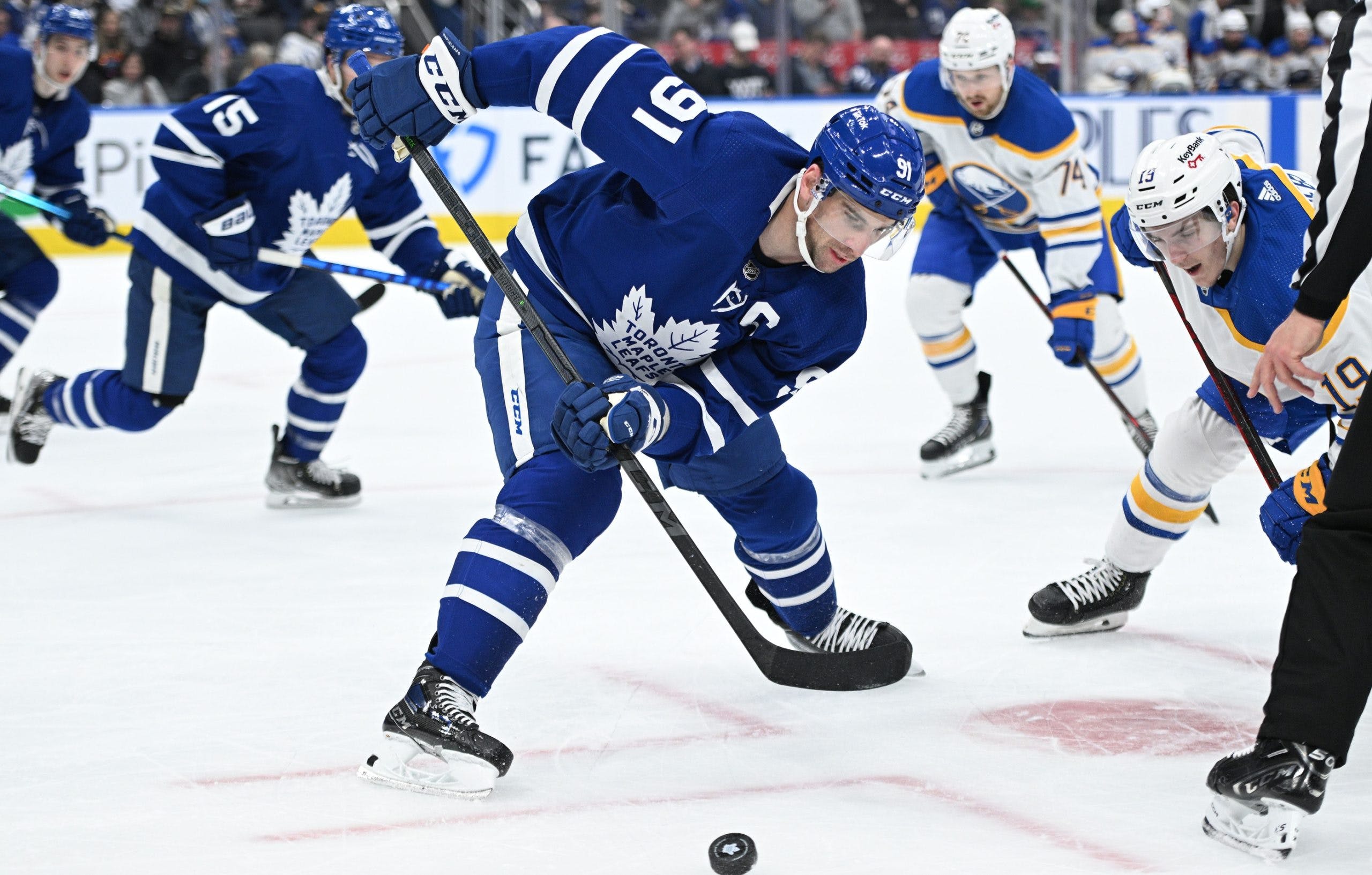 By Nick Alberga
2 months ago
The Buffalo Sabres (7-10-0) have escaped the snow and made their way down the QEW to tangle with the Maple Leafs (9-5-4) tonight at Scotiabank Arena.
As if the inclement weather weren’t enough to deal with, the Sabres are bringing with them a nasty seven-game losing streak. Remember that hot start? Yeah, that’s a distant memory now.
Having said all that, Buffalo always seems to play Toronto well. Last season was a perfect indication of that as the Sabres grabbed three of four in the season series.
Of course, the Leafs are coming off a hard-fought 3-2 OT loss to the red-hot New Jersey Devils on Thursday night. After a 4-4-2 October, Toronto is 5-1-2 in the month of November. Meantime, Buffalo last played on Wednesday night when they fell 4-1 to the Senators in Ottawa. They haven’t won a game since November 2nd.
This will be the first of three between these two squads this season.
Time: 7 PM EDT (CBC, SN)
Starting Goalies:
BUF Ukko-Pekka Luukkonen – CONFIRMED (0-0-0)
@
TOR Matt Murray – CONFIRMED (1-1-1, 3.01, 0.903)
Projected Lineups:

Three Storylines:
QUICK START
I know it’s cliché but especially against a struggling team like Buffalo, it’s imperative to have a strong start. Bottom line: Don’t give them hope. As referenced, the Sabres have dropped seven in a row and have been outscored 33-16 in the process. If the Leafs can jump on them early, it could be nighty night for Buffalo in a hurry.
PP BOUNCE-BACK
After scoring the opening goal of the game on Thursday night, the Leafs PP struggled mightily for the rest of the game finishing 1-for-5. Yes, the Devils deserve considerable credit, but Toronto wasn’t snapping it around like they usually do. Furthermore, heading into tonight’s game, Buffalo ranks 27th of 32 on the PK (72.2%), so undeniably, the special teams battle will be intriguing to watch in this one. Make them pay!
WORK SMARTER, NOT HARDER
Firstly, I’ll preface by saying that the compete level and urgency has been much more noticeable in November than at any point in October. Having said that, costly turnovers and defensive breakdowns have plagued this team through 18 games —regardless of the month. It feels like a lot of the goals they’ve surrendered lately haven’t been earned, they’ve been gift-wrapped. So, moving forward, attention to detail and game management I’m sure will be big-time talking points for Sheldon Keefe and company. They need to clean things up.
BETTING:
Courtesy our friends at PointsBet Canada, here’s tonight’s lines & odds:
(As of Noon EDT)
Prop Play:
John Tavares Over 0.5 Assists (+110)
Editorials
News
Recent articles from Nick Alberga