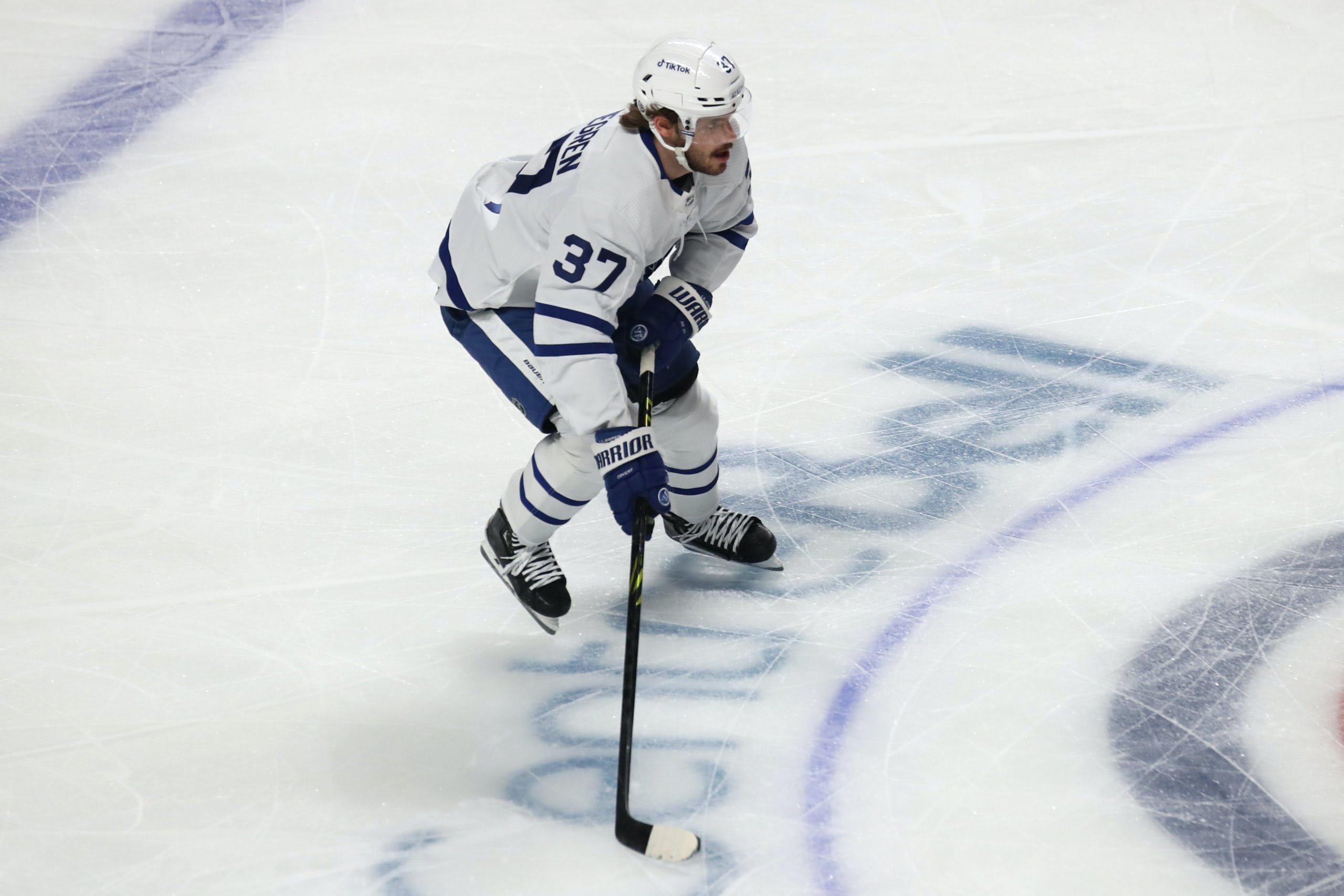 By Jon Steitzer
5 months ago
The hangovers from the Stanley Cup Final haven’t even had a chance to grab hold of the Avalanche yet and the Leafs are already getting around to announcing some business.
Liljegren is back and he’s back at a very team-friendly cap hit with a two year deal at $1.4M AAV.
So there’s nothing but positives to unpack here. The Leafs need good right side defensemen and they locked one in for two years at a bargain. They’ve set a very awesome comparable contract for their dealings with Rasmus Sandin, which had the potential of being more contentious. And that puts Toronto in a situation where they have they have around $7M of cap space to sign Sandin, Engvall, another forward, and a goaltender. That’s before any possible moves of Mrazek, Holl, and Kerfoot. The Leafs have the opportunity to do some interesting things this summer without panicking about the salary cap.
The deal ends at the same time that Matthews, Nylanders, Brodie, and Muzzin’s contracts all expire, so there will be some interesting prioritizing that will need to occur if Liljegren warrants a significant raise, although the end of Muzzin and Brodie’s contracts potentially cover off the raises. Liljegren will also have his contract expire while he’s a RFA, although an arbitration eligible one.
As for Liljegren’s play, let’s recap his 2021-22 Season:
Not a bad first full-time year in the NHL, and the fact that he’s built some chemistry with both Giordano and Muzzin, Liljegren should get a realistic look at being the second pairing option. The Leafs are off to a strong start for the summer and now all eyes turn to @Rasmus Sandin.
Data from Hockey Reference and Natural Stat Trick
More From TheLeafsNation.com