Marner gets to game 23 with a first period assist 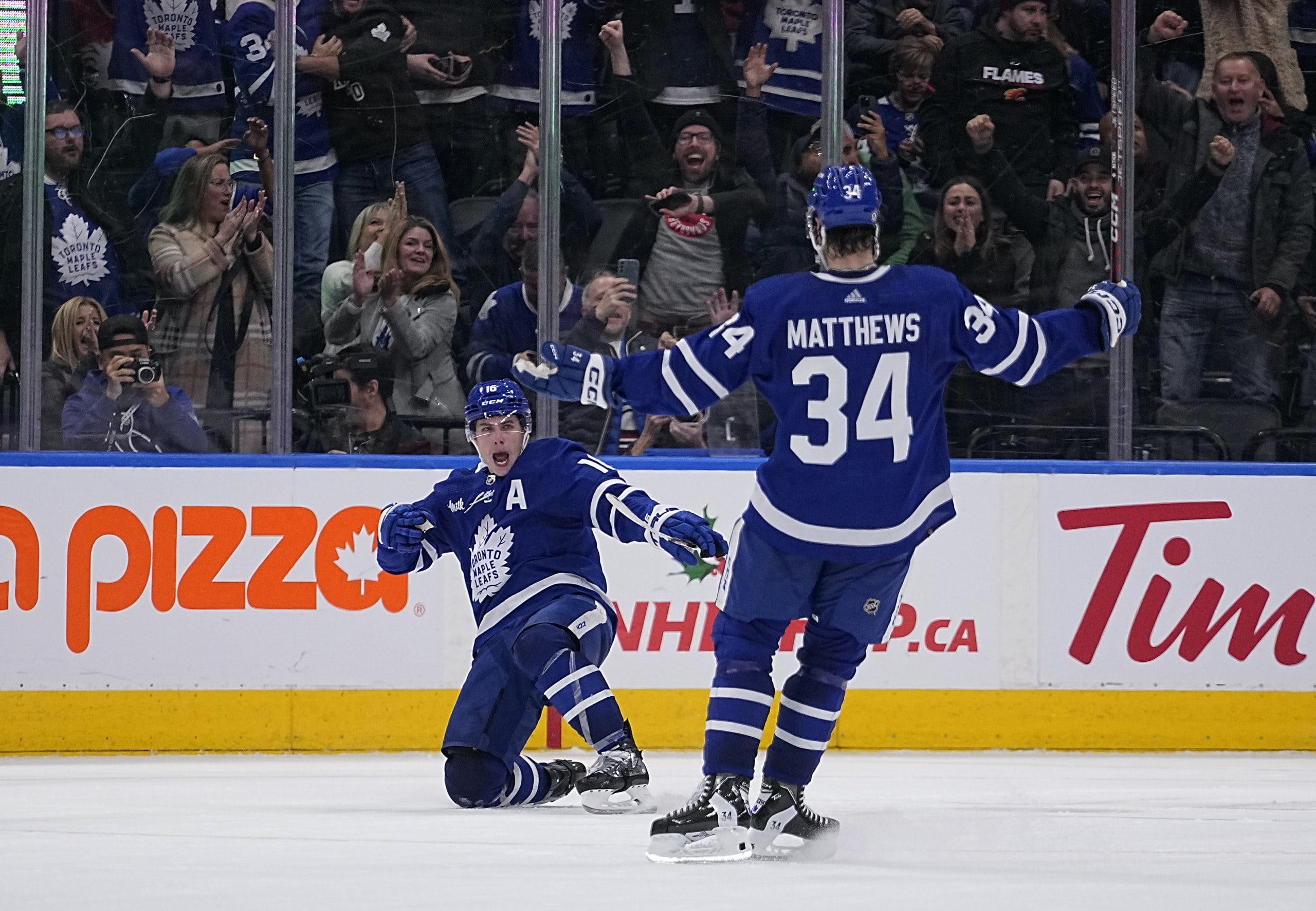 By Jon Steitzer
1 month ago
The Ducks seemed like they were going to be a free space on the Mitch Marner streak Bingo card, and Anaheim didn’t disappoint. Playing a style that allowed Alex Kerfoot to get on the board early seemed like it would just be a matter of time before Mitch Marner would also be able to get in on the action.
With a nice backhand pass over to John Tavares after working his way through the middle of the offensive zone, Mitch Marner has moved up to 23 games, and Marner now shares the 18th longest point streak in NHL history, a mark that Guy LaFleur and Wayne Gretzky have hit previously. If Marner gets to 24 he’ll tie, you guessed it, Wayne Gretzky for 17th overall. Only 11 players have hit a better mark than Marner, and only Patrick Kane and Sidney Crosby have longer streaks in the 2000s.
Marner will get a chance to go for 24 on Thursday night against the Rangers.
News
Recent articles from Jon Steitzer