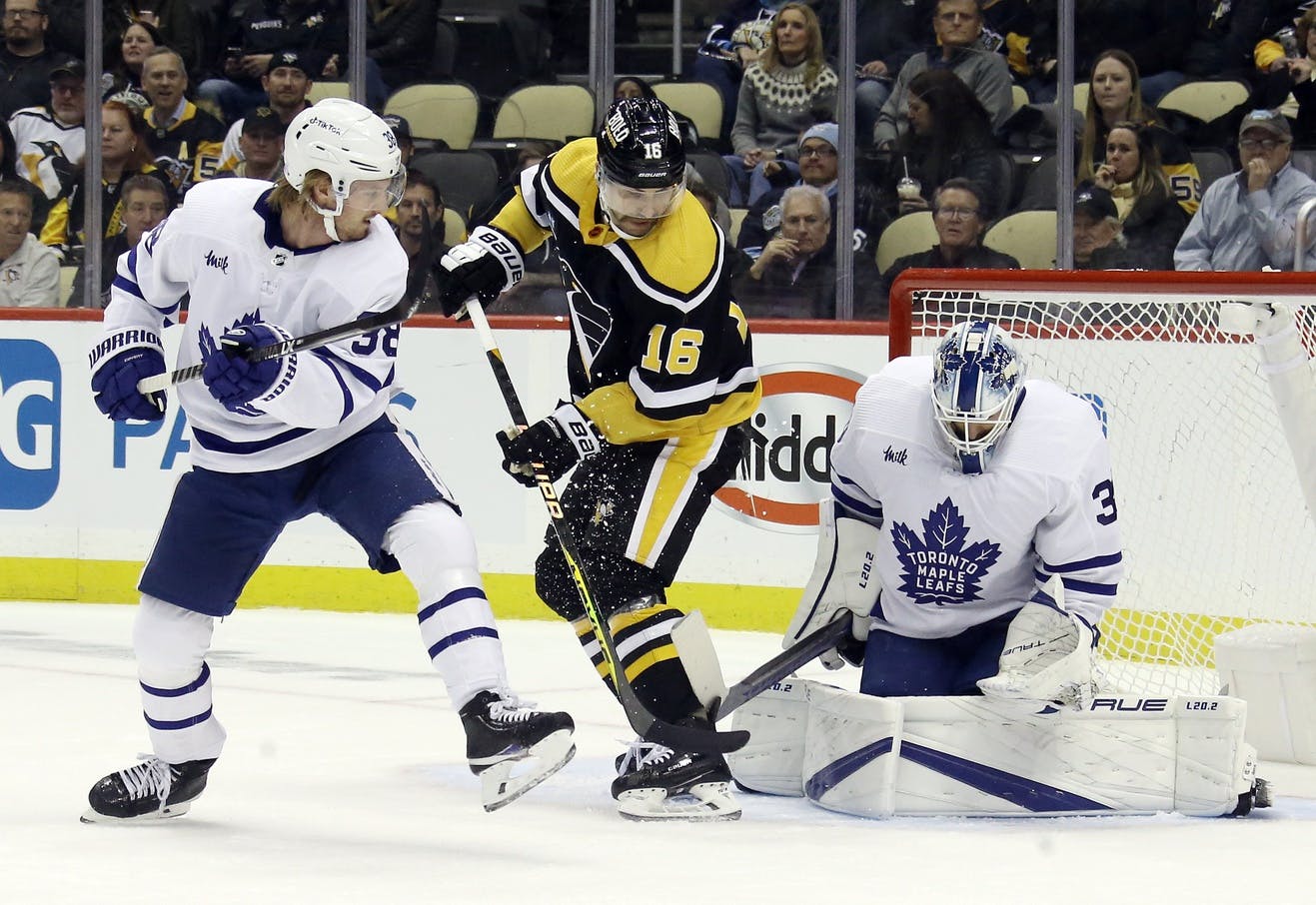 By Nick Alberga
6 days ago
What a return for Matt Murray and what a win for the Maple Leafs.
Michael Bunting notched two goals and an assist as Toronto thumped Pittsburgh 5-2 to improve to 5-1-1 in November.
Making his first appearance since the season opener (groin injury), Murray made 35 stops for his first victory as a Maple Leaf. Furthermore, it was actually the 28-year-old’s first game back in Pittsburgh since being traded to Ottawa back in October of 2020.
Meantime, John Tavares tallied a goal – the 400th of his NHL career – and an assist. In total, five different Leafs registered multi-point nights.
The season series with the Pens is now tied at one game apiece, the rubber match will go November 26th also in Pittsburgh.
Muzzy’s Muzings:
MATT MURRAY
He was outstanding, there’s no other way to put it. In my wildest dreams, I could not have predicted a performance like that given his track record and injury history. All things being equal, if it weren’t for Murray, especially in that high event second period, the Leafs probably don’t win this game. Well done!
MAGIC MITCH
Is it just me or is Mitch Marner on the quietest 10-game point streak right now?
Let’s face it, that’s what makes Marner so polarizing. He hasn’t played anywhere close to his best, and still, you look up his production and there he is hovering around a point per game. In general, I thought the Tavares line was super solid in this one.
ANOTHER MILESTONE FOR JOHN TAVARES
It took four games but the captain finally potted No. 400. I’m loving it, Tavares has been playing with a real chip on his shoulder this season. He’s a perfect captain for this team, nothing seems to get to him. All in all, I thought the Kerfoot-Tavares-Marner trio played with some real urgency and pace. They came up huge.
OFFICIATING
I should preface by saying I’m not usually one to bang on officials, it’s a really difficult job. That said, I think Toronto deserved at least one legitimate power play. Of course, I say that because Danton Heinen took a late cross-checking minor in mop up time, so the Leafs were technically 0-for-1 on the PP. Well, at least the discrepancy didn’t cost them.
JORDIE BENN
Lastly, I just wanted to give a shoutout to the veteran blueliner. For the second straight game, I thought he was fantastic. He played with bite, energy, and snarl. As far as I’m concerned, this team needs that, especially without Jake Muzzin in the fold. We’ll see a lot of the 35-year-old over the next little while, he’s looked good so far.
Highlight of the Night:
WHAT’S NEXT?
The Leafs (9-5-3) will try to make it three in a row on Thursday night when they host the red-hot New Jersey Devils (13-3-0). Toronto went 3-0-0 against the Devils in 2021-22.
PSA: Don’t forget to check out ‘Leafs Morning Take’ with yours truly, Nick Alberga, and Jay Rosehill every Monday to Friday morning LIVE at 11 a.m. ET on The Nation Network YouTube page.
Editorials
News
Recent articles from Nick Alberga