The Bruins can never be taken lightly as a playoff opponent 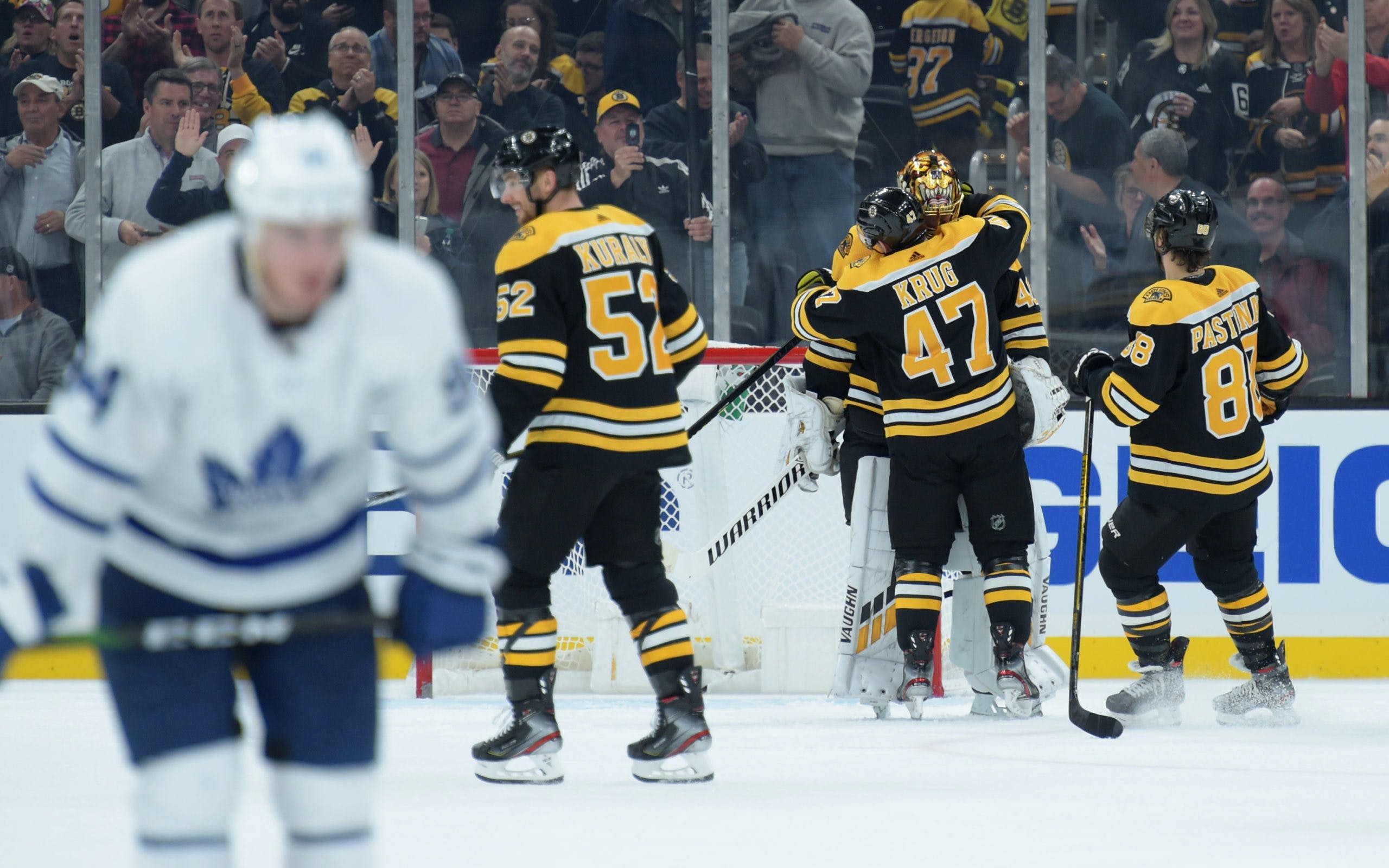 By Jon Steitzer
9 months ago
If one thing was made clear in our post earlier today, there’s no shortage of people who think it’s in the Leafs best interest to face the Bruins. I’m not sure I fall into that camp, and while it seems less than likely the Bruins will be who Toronto faces in the first round, there is still a very real possibility that a team whose identity is based on playing “playoff hockey” is going to be able to upset either the Panthers, or based on the current seeding, run through the Metropolitan Division and reemerge to face an Atlantic Division opponent in the Conference Finals. If the Leafs somehow find themselves there, I can’t imagine a more fitting, but unwelcome barrier to the Stanley Cup Finals.

Boston by the numbers:

For a team that has a reputation for playing a punishing style of hockey, they are also statistical darlings and their lower point total shouldn’t put teams at ease, especially when looking at their PDO. If things start going anywhere close to right for this team, they are capable of making things difficult for absolutely every team in the league.

A forward group that begins with a line of Pastrnak, Bergeron, and Marchand begs to be taken seriously. Throw in a supporting cast led by Taylor Hall, Charlie Coyle and Craig Smith and the Bruins show signs of offensive depth.
Of course, the Bruins are first and foremost shit disturbers and it doesn’t stop at Marchand. Trent Frederic, Nick Foligno, and Jake DeBrusk aren’t fun to play against. Even the Bruins depth seems to understand that if they want to be in the lineup, they need to make life difficult means there aren’t too many easy shifts against the Bruins. That will especially take its toll in a seven game series.

When it comes to name brand defense, Charlie McAvoy is the star for the Bruins, and while he came into the league as a skill player, there’s no doubt he’s adopted the Bruins philosophy and he can be a sour pain in the ass on the ice. The addition of Hampus Lindholm to the lineup certainly beefs up the Bruins top four and gives them a ton of name credibility. He was immediately signed by the Bruins long-term, and that has likely put additional emphasis on the need for him to buy into what Boston is doing. It seems to be working, as he’s been improved in every measurable way.
Beyond the big two, the Bruins heavily revert to the big bad Bruins philosophy. Carlo, Clifton, and Grzelcyk all make life tough. Derek Forbort and Josh Brown aren’t easy competition either.

From a Leafs perspective, you’ve got to feel good about the fact that they chased Swayman after six goals in the last outing. The fact that they put up four goals against Ullmark the first go around is encouraging too. To some extent, the biggest concern is the Bruins have two goaltenders who could potentially become a hot hand in the playoffs. Though a hot hand emerging at all is a bit of wishful thinking for the Bruins.

How do they beat the Leafs?

Well, they probably kept the blueprints from the last few times. The regular season Leafs teams have shown that their skill can overrun what is still a pretty solid Bruins team, but when they’ve been able to pull the Leafs into a more physical contest, the Bruins have been able to take advantage. Even in the last outing when the Leafs were able to chase Swayman, the game became a bit more heated and the Bruins were able to close some of the gaps. The Leafs being able to play the Bruins physical style of play was admirable, but can’t become their approach to a series against Boston.
If Boston plays more physically that also likely means they are forcing the Leafs shooters to the outside and giving their goaltenders their best chance against a talented Toronto team.
Comparatively to other playoff meetings, it might be the Bruins more opposed to seeing this matchup than the Leafs this time around.

With seven games remaining in their schedule, the Bruins would need to pick up 3 more points than the Lightning to move into the third spot in the Atlantic Division. The Leafs are very comfortably finding themselves in the second place spot, so the Bruins are an unlikely first round opponent.
As it sits today, the Bruins are one point up on the Capitals, with a game at hand in the wild card spot race, and this would put Boston in the Metropolitan Division facing the Carolina Hurricanes to start the playoffs, meaning it would require the Leafs and Bruins making it to the Conference Finals to actually play each other. That probably sits well with a few people.
There is also the possibility that the Bruins stay in the Atlantic and face Florida. Boston is very capable of pulling off some upsets, but so far they’ve split their series with Florida. They’ve also been swept by Carolina this year, but perhaps an Andersen-less Carolina team makes them beatable.
So far this year Boston hasn’t beat Toronto, so while the old wounds are still open, this matchup looks to be favourable for Toronto. It’s a difficult situation for Toronto. Face the current two time defending Stanley Cup Champions or face the team that has become synonymous with the Leafs playoff disappointment.
Data from NHL.com, Hockey Reference, and Natural Stat Trick
More from TheLeafsNation.com
POINTSBET IS LIVE IN ONTARIO