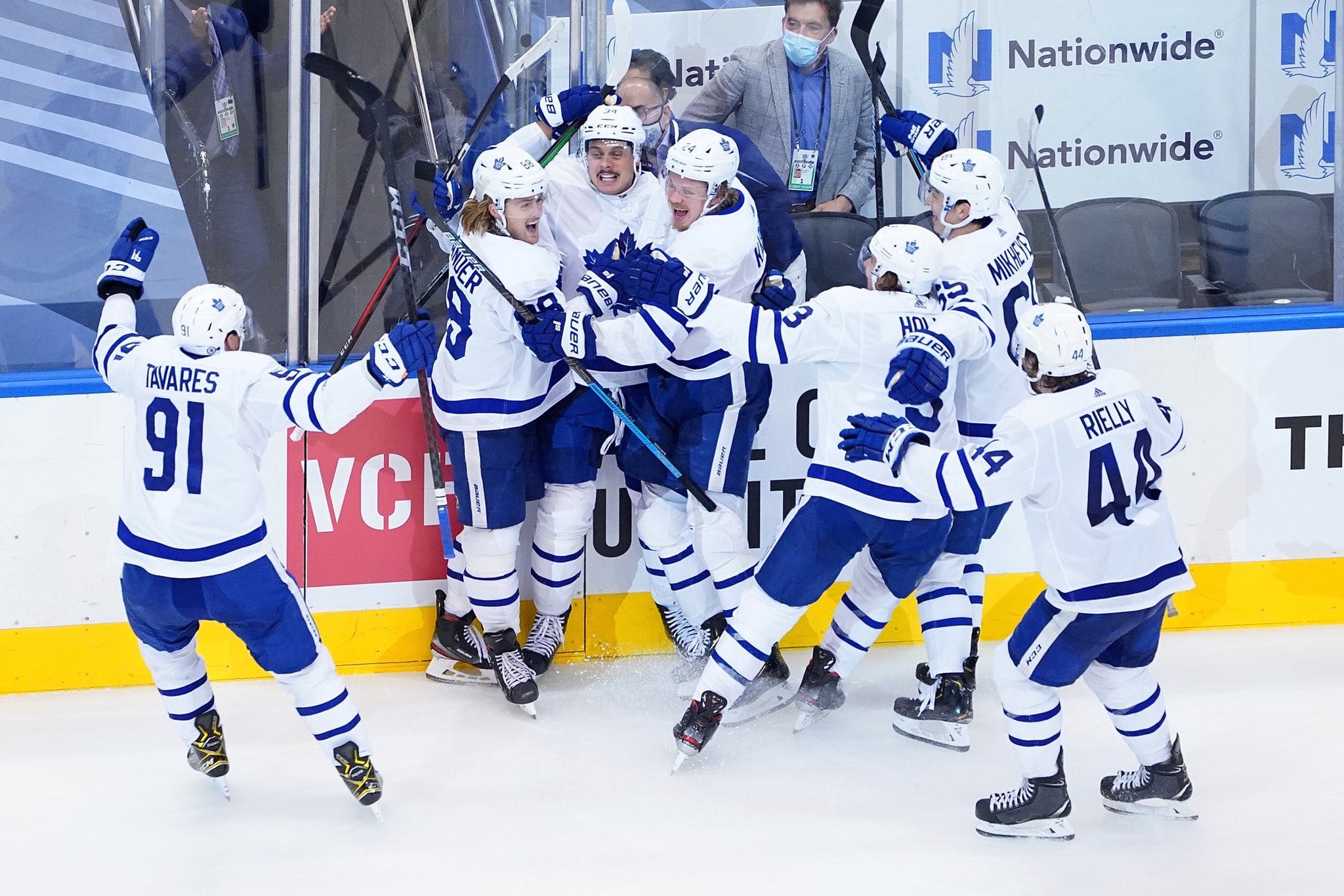 By Jon Steitzer
1 year ago
Here we are, hours from the start of the new, shortened, and definitely weird NHL season. It’s kicking off with empty arenas, new divisional alignments, and already one team in the midst of a COVID outbreak that has sidelined 17 of their players, and led to an immediate postponement of games. Still, it’s hard to be anything other than excited about hockey right now, even if it is a selfish feeling, I don’t think I’m alone in feeling that a nightly distraction of Auston Matthews chasing the Rocket Richard Award, seeing a legend like Joe Thornton in a Leafs uniform, or having Wayne Simmonds punch in the mouth is something that we need.
Of course sports are more than just a distraction, but it’s not unfair to say we missed the distracting part. Knowing that I’ll be able to sit on the phone with my father for three hours, trying to watch a game together, but largely just listening to him talk about how players get too cute with the puck, is comforting. Having this site fill up with pre and post game articles instead of offseason profiles and trade speculation will be nice too.
The fact that the Leafs are predicted by many to finish at the top of their new Canadian (or Scotia North) Division only adds to the excitement. The fact that there is a real chance that the Leafs could be the Canadian team that represents the division in the final four has to at least have some optimism trickle into our minds after a decade filled with lottery picks and first round playoff exits.
The Leafs facing the same six teams for the next 56 games should mean that there won’t be the same inability to match their opponent like we’ve seen in the past few years. And while the opposition has the same opportunity to learn how the Leafs play, the talent on the Leafs is unmatched in this division, save for the two players swimming in a sea of garbage in Edmonton.
Over the past month we’ve put together a series of articles on each of the Leafs key players heading into the 2021 season. Now that we are embarking on that season today and have a finalized roster, here is a look not only at that finalized roster, but a link back to each of the players we wrote about.
Bare in mind, back when we started this process the idea of Jimmy Vesey being in the top six, Joe Thornton being a winger, or Zach Hyman being bumped to the 3rd line didn’t really register with us, but beyond some galaxy brain line combos, I think you’ll find some great insight into the expanded Leafs lineup.